Do you think it’s possible to find a registered version of a lost game 27 years after it’s release? This story is about Little Willy… As you might know, the Dosgamert Discord channel is a nice and neat antisocial, retrogame loving family. Last year someone asked me if I could do a livestream on Crystal Caves or Secret Agent (Man). Both of these games run on (somesort of) the same engine. I never got around playing them before, which is a crazy thought if you think of it now – So I took the challenge. I finishes all three Crystal Caves volumes spread over three livestreams, and did the same with Secret Agent.

A few months later, one of our family members that goes by the name of Vovk came up with this shareware game, out of thin air: Little Willy.

The game features the same look and feel as Apogee’s Crystal Caves and Secret Agent. Yet, I’ve never seen it before. The community did some digging. The game Little Willy comes from Switzerland and has been programmed by I. Mustun. The game is owned by a company (formally known as M.B.Soft), named after the owner: Marco Braschler. It was TumTum who decided to write some letters to Switzerland. The adresses were found in the ORDER.TXT.

Within a few days Vovk and TumTum notified us that they have received answer from the author in Switzerland. He told us that unfortunately the programmer has passed away in an accident recently. But the good news is that he still has a copy of the game on a floppy disk, though he didn’t have the recourses to read it. But today he finally managed to get his hands on an USB 3.5″ floppy drive and a Windows 7 PC, and sent over a copy of it’s contents to us. Of course it’s my job to give this game the proper attention that it deserves. You can expect a full playthrough of this game anytime soon on the Youtube channel whenever I get to it. And if you want to try it yourself then visit the download page.

The retro gaming world is more awake then ever! Great stuff is happening. 3D Realms is bringing out games running on the BuildEngine and Quake engine, Apogee is rising from the dead and Microsoft is bought some great IP’s (by buying ZeniMax Media from Bethesda) earlier this week. Who knows what’s next?! 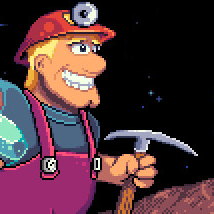 And in case you might have missed it, Crystal Caves (1991) is getting an HD remake which will hit Steam and GOG any day now! Read more about it in my previous blog post.

Thank you awesome community. And I’m really thankful for this generous action by Marco to dig up the game and share it with us. Keep up being so awesome and special thanks to Vovk and TumTum for this fantastic anecdote.